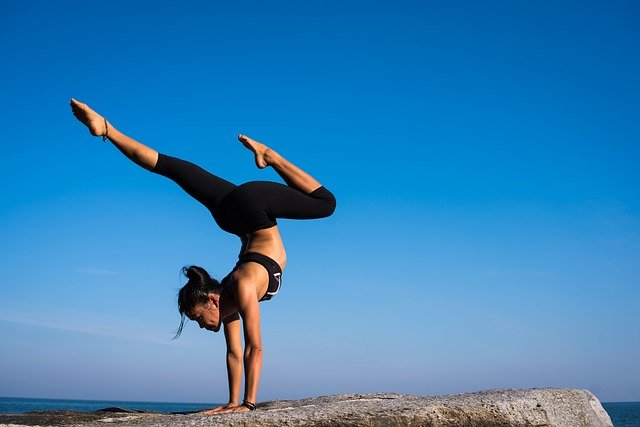 Today, millions of people around the world practice yoga every day individually, under the guidelines of professional teachers or with the help of specialised apps or YouTube channels.

A mat, cool and comfortable clothes and a quiet place are enough to start practising yoga, and regular practice has a positive effect on body intelligence, stamina, balance, inner well-being, mental peace, strength and elasticity, according to numerous scientific studies.

Here are some of the benefits of regular yoga practice:

A 2017 study published in Science Daily confirms that after 25 minutes of yoga people can control their thought patterns, perform better in executing actions and measure their emotional responses, improving control and concentration.

Other research by scientists at the Max Planck Institute for Cognitive and Brain Sciences in Leipzig (Germany) published in Science Advances highlights that just 3 months after regular meditation practice, brain plasticity improves. The analysis emphasises that brain plasticity in adults is related to social and emotional intelligence, the cultivation of empathy or cooperation.

2. It sharpens flexibility and balance

A study that measured the impact of 10 weeks of yoga on 26 male college athletes revealed improvements in these two areas, while other research conducted in 2013 also found that practising yoga could help improve balance and mobility in older adults.

By practising at least 15 to 30 minutes of yoga a day, you can start to see improvements.

After 15 weeks of yoga and breathing exercises, 287 college students reported an increase in vital capacity, or a measure of the maximum amount of air that can be expelled from the lungs, according to a study published in PubMed.

There are several scientific approaches to the efficacy of yoga as a useful complementary therapy to help reduce the frequency of migraines.

5. Reduces the risk of heart disease

Protecting your heart is possible by doing yoga, as the discipline lowers the risk of cardiovascular disease, as a 2015 study conducted by Harvard University explains. Among its conclusions, it found that participants reduced their blood pressure by five points and their LDL cholesterol levels by 12.

Among the benefits of daily yoga, it can help a portion of patients suffering from depression to alleviate symptoms, as highlighted in a 2017 report reported by Forbes. It can be an interesting complementary support to cognitive behavioural therapy or conventional medical treatments based on drugs.

In 2004, a study was carried out on people suffering from chronic insomnia who practised this discipline every night before going to bed. After 8 weeks, the results were positive, as their sleep cycles had become deeper and longer. If you want to sleep better, practice yoga daily.

An article published in 2017 points out that yoga prevents the expression of inflammation-causing genes related to stress and various diseases. In addition, many other studies highlight its ability to decrease the secretion of cortisol, the main stress hormone.

As for anxiety: an analysis of 30 women who practised yoga twice a week for two months revealed significantly lower levels of anxiety in the practitioners than in the control group.

Another study followed 64 women with post-traumatic stress disorder (PTSD), and 10 weeks after doing yoga they had fewer symptoms, including no longer meeting the criteria for the disease.

In a study in which 79 adults performed 24 cycles of sun salutations, one of yoga’s most famous sequences, 6 days a week for 24 weeks, there was a noticeable increase in upper body strength, endurance and weight loss. The women also had a decrease in body fat percentage.

Another 2015 study also came to similar conclusions, showing that 12 weeks of hatha yoga practice led to improvements in endurance, strength and flexibility in 173 participants.

To make sure you don’t miss any of our publications, follow us on our social networks: