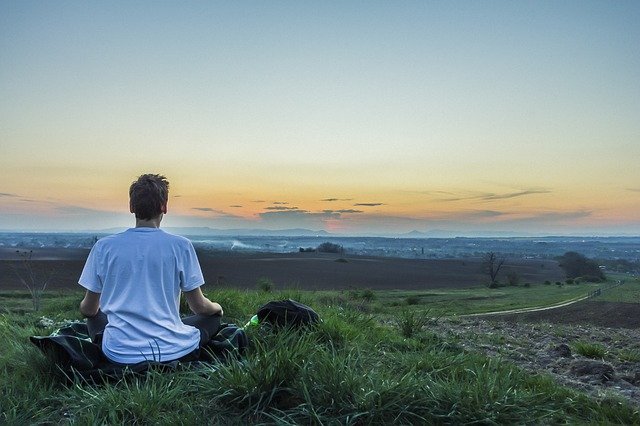 1) It’s just for relaxation and only for women

One of the most common misconceptions is that yoga is just for relaxing. That is only one part of this millenary science that allows us to recharge physically, awaken, remove blockages, activate intuition, empower ourselves, improve our decision-making, learn to love ourselves, share, form a group, live in empathy or integrate everything that life and our personality offers us.

Another established prejudice is the belief that yoga is a women’s practice. The body building culture has forged hyper-muscled men who succumb to yoga. In yoga, by shaping the body we achieve a flexible mind that adapts to change. This enables to face life differently. Yoga also leads to high meditative states, where from deep concentration we learn to unite the awareness of the universal whole that surrounds us with our inner being.

2) Yoga is only for flexible people

Another common misconception is that only flexible people can practice yoga. Contrary to what people think, working with the body in this discipline can give the body the flexibility you need, and you can progress to more complex types of yoga that require a more advanced level of flexibility.

There are several types of yoga, and each one has its own benefits and complexity. Therefore, when starting out with this discipline, it is very useful to do a little research on which type of yoga is best suited to the current flexibility of each body.

Yoga is not a religion but a practice, lifestyle or philosophy that has been linked to various mystical or spiritual paths since its origin. It was forged more than four thousand years ago, in the context of the ancient civilisation of the Indus Valley (present-day India and Pakistan). The first image of a yogi seated on a lotus flower appears in the ruins of Mohenjo-Daro (2500 BC), representing the god Shiva.

The propagators of yoga were mostly ascetics, retired in forests and caves. The Upanishads (Hindu holy books) are made up of a large number of verses that contain various philosophies close to yoga. They speak of living in a false reality and the dissatisfaction of attachment. Yoga is presented as one of the ways of liberation, with a practice that leads us to the knowledge of our true spiritual nature. A practice that Buddhism will also make its own.

4) Types of yoga: far beyond postural and physical exercises

There are many types of yoga, but the basis of its philosophy and practice encompasses them all. Swami Vivekananda, one of the first promoters of yoga, establishes the classical division, which will be explained here. Karma yoga is the yoga of action. Bhakti yoga is based on devotion and Raj yoga seeks the complete development of personal identity from the control of the mind and the senses. Jnana yoga is based on the study of traditional texts and Dhyana yoga focuses on meditation.

Beyond this traditional classification, what has come down to us is mostly the basis of postural and physical Hatha yoga. This is not to say that yoga is only physical, as the postures are only a preparation for the final meditation. But nowadays most centres teach postural Hatha yoga. There are contemporary adaptations such as Bikram, which is practised at high temperature to stretch the muscles; reinterpretations such as postural Ashtanga Vinyasa; the relaxing Nidra or sleep yoga; Dru yoga (energy block release) close to tai chi; or the energetic Kundalini, which is emerging as the latest trend due to its capacity to unblock the mind and body.

Beyond labels, the practice of yoga in any of its forms implies a willingness to merge body, mind and soul. A meditative internalisation that begins in the body and ends up affecting the mind and our state of mind.

5) Yoga does not make you thinner

There are some quite hard types of yoga that are very demanding in terms of the physical effort required of you. The aforementioned Vinyasa yoga consists of the coordination of the body and breathing under a physical workout that is perfectly suitable for weight loss, as it is an aerobic exercise.

In addition, as explained above, Bikram yoga is performed in a special room with a high temperature, reaching 42ºC and a humidity level well above the usual. This causes the heart rate to be higher, so in addition to putting the body to the test with the very physical exercise of a very demanding yoga, the sweating and the acceleration of the pulse will be intensified. However, there is no danger with yoga, as the postures tend to seek a holistic balance.

To make sure you don’t miss any of our posts follow us on social media: