The 7 benefits of meditation backed by science 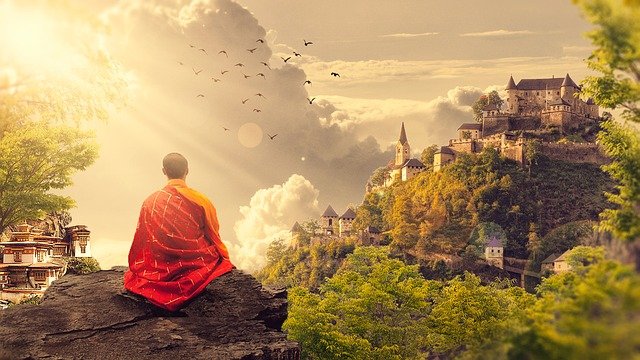 If you have ever been interested in meditation, you will have realized that it is a practice whose fruits are not harvested overnight. Meditation requires months of practice, perseverance and, although it is apparently not very demanding physically, it also requires effort.

If we add to this the fact that the supposed benefits of meditation are not always well supported empirically and sometimes consist of simple New Age proclamations, it is not strange that some people give up after the first few days of practice, exhausted and unmotivated by the apparent lack of immediate incentives.

However, among the oceans of opinions and value judgments about meditation, one can also find some scientific publications that serve to shed light on the issue that everyone wants to know: What are the benefits of meditation that have a scientific basis?

Some benefits of meditation that are likely to exist

Despite the fact that meditation has been engendered in a philosophy and culture far removed from Western rationalism, there are some studies showing possible effects of meditation, probably because of its possible therapeutic application at very low prices. Below, you will find listed some of these possible benefits of meditation that have the support of research groups in science.

However, it should be noted that these scientific investigations serve to describe correlations and give them an interpretation, although it is not well known in what way changes are produced in our body through these centuries-old practices.

Some research indicates that the continued practice of meditation helps to combat stress and its adverse effects. For example, research involving cancer patients showed improvements not only in stress, but also in symptoms of depression, confusion and other scales in both men and women.

A series of volunteers who underwent a Mindfulness program were found to develop more flu antibodies, which means that one of the benefits of meditation may have an impact on the immune system.

It has been proven in multitasking tests and in a study on attentional blink, which occurs when a stimulus is eclipsed by another that precedes it with little time between them and therefore the individual is only aware of the first, that people who had been meditating showed a reduction of attentional blink, which means that they learned to better manage the brain resources on which attention depends.

Another likely benefit of meditation is in relating to others. A few minutes of meditation have been shown to be effective in predisposing one to closer personal contact with strangers.

Four days of Mindfulness have been shown to be sufficient to reduce the sensation of pain and produce changes in the brain structures associated with pain processing.

A few sessions of Mindfulness can result in improved working memory and visuospatial processing.

Among the benefits of meditation could not miss one that concerns positive psychology, one of the currents that most uses relaxation practices. Certain types of meditation have been shown to be helpful in keeping maladaptive beliefs at bay, maintaining meaningful habits and, in general, thinking positively.